There are 120 classes in ArcheAge and choosing the best build is really difficult. I recommend you to choose class according to your playing style and this guide will tell you general information about most popular classes and builds in ArcheAge.

It’s really difficult to choose a class in the beginning, especially if you have never played MMO games before. 120 classes are of course great but not all of them are really amazing. Some builds look really strange and you should use these builds if you understand what you will get.

Players have already formed most popular class builds. We don’t mean that these builds are better than others in any situation. These popular builds are just recommended for new players not familiar with the game. Choosing a popular build gives you some sort of guarantee that your character will most likely meet your expectations. 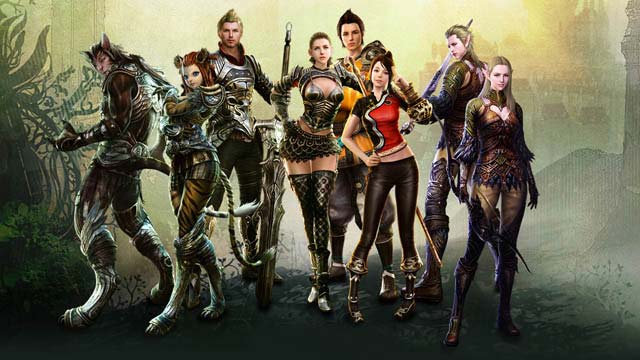 NOTE: This article is for new players. It contains typical builds and juts sets direction for developing your character. For example you may distribute skill points and transform pure tank into tank with more aggressive damage dealing skills. Everything depends on how you choose and use your skills.

Several builds for traditional melee warriors. All these builds are based on Battlerage + Shadowplay skill sets.

Minus of Melee fighters in ArcheAge: they are not very effective in sea battles. When two ships are fighting and there is a distance between them melee fighters can’t deal a lot of damage.

ArcheAge has great skills for building strong archer. Archers are easy to level up and they are usually difficult to kill in PvP. Archers are very popular in ArcheAge now and I believe it’s the most popular class. All archer builds are based on Archery + Shadowplay skill sets. The third skill set can be any set you prefer.

Minus of Archers in ArcheAge: they have few AoE abilities. This makes them less effective in massive combat. On the other hand this may show that they are great for 1 vs 1 encounter.

All Tank builds are based on Defense skill set.

Minus of Tank: deals less damage than melee damage dealer and is slower for leveling.

ArcheAge allows to create different types of battle mages. Classic mages can be created by combining Sorcery + Shadowplay with other skill set.

Minus of Mage: most of mages builds have weak defense.

Healers in ArcheAge are not similar to healers in other MMO games. Traditional healers have a lot of restoration and healing abilities and can’t deal sufficient damage, but in ArcheAge a healer can be good fighter.

Builds, listed above are the most popular for direct actions. For example if you want to be great melee damage dealer you should take Shadowblade class. But there is one more role in the game: supporting. A player who prefers supporting role sacrifices one of his skill lines to benefit from Songcraft skill set.

Minuses of Bards: it’s a build for playing in a team. His buffs give benefits only while casting again and again. It’s difficult to level Bard alone.

As you see different builds are good for different roles. You should choose your build according to your playing style. Builds for PvE and PvP are different and if your goal is to level fast and then to rush into PvP you will have to choose one build for leveling and the other for fighting in PvP. Changing a build is not difficult – all you need is to pay a special fee.