PvP system in ArcheAge is built on the war between two main factions: Eastern and Wester Continents, but there is one more faction called Pirates that plays a very important role in gameplay. This guide will tell you all you need to know about Pirates in ArcheAge.

Who are the Pirates?

Pirates are the third game faction. The name of the faction sounds very attractive and dangerous, but unlike Eastern and Western continents you can’t join Pirates right from the start. When you start playing the game you belong to one of two core factions and you need to kill and rob representatives of your own faction in order to become pirate. In general this faction is a large group of criminals with their own rules and activities.

Life of a Pirate is not easy and you will face with several disadvantages. So please, read the following text in order to know what to expect.

Here is a list that describes what happen when you become pirate:

As you see the list of disadvantages is huge. Though some of you guys may find this attractive and interesting, others may ask about the advantages pirates get in return. 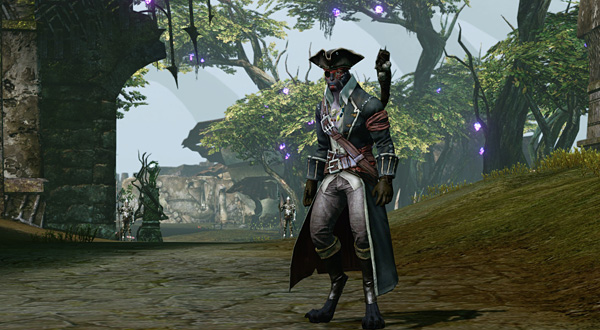 Pirates can form groups, raids and form guilds like other players. Some people think that you have to play alone if you are pirate but it’s not correct. All social and grouping features are available to you. You just can’t join non-pirate groups, raids and guilds. Members of other factions are your enemies and you can’t interact with them. but you can interract with members of your faction.

Pirates can own property and farms, but on their own island called Growlgate Isle. They can craft items and participate in economy like other players. They use the same auction house and can purchase and sell stuff there.

One of the advantages of being a pirate is that you can rob other players anytime. You can rob a player, get his trade pack and exchange it for Gilda Stars on Freedich.

How to become Pirate?

One of the most popular and obvious ways is to kill your allies while you are in Western of Eastern faction. Killing allies will add karma points. Doesn’t matter what allies you kill: high level players or low level beginners. You will receive karma anyway.

You will need to accumulate 3000 infamy points. The method you use doesn't affect the result.

There are also several other ways you can use for this:

If you don’t want to bother other players (are you really going to be a pirate?) or you just don’t want to sit in jail you can ask your friend to help you. If this friend also wants to become pirate, that’s even better. You need to go to a safe zone and ask your friend to plant many potatoes there. Then, after the potatoes are ready, you need to steal all crops of your friend and he can steel yours. Uprooting fully grown potato plants gives you 3 infamy points for every plant if reported. Thus you will need to steal 1000 potatoes :)

There is also one good way. You will need a friend from your faction with a mount. Go to PvP zone and ask your friend to summon his mount and then kill it. Repeat it again and again until you reach the goal. They say this method is pretty fast but dangerous because you will have to be in PvP zone and can be attacked by others.

Don’t rush into pirate’s life. Don’t try to join this faction as soon as possible. Reach 50th level first. It’s easier to reach level cap with quests of your starting faction. After you join pirates you will lose possibility to finish general quest line and you will have to grind yourself. But that’s not the only reason. There are some quests that will reward you with special items required for building a gilder. These items can be crafted but it’s much easier and faster to get them from the quests. When you join pirates the quest givers will stop giving you quests and you will lose this opportunity.

After you become a pirate you will be removed from your guild and NPCs on southern islands will start attacking you. You will have to go to the Growlgate Isle in order to trade, craft and so on. But if you don’t have a ship you may have difficulties. Build a ship first!

Though your new faction has all required merchants and vendors it’s great to have an alternative character in Western or Eastern faction. This character may grow crops for you on one of southern islands and you can use it for communication with your friends from other factions.

Make sure you have enough pet healing potions with you. You will spend a lot of time on Fredich or Auroria and it’s impossible to find stable to heal your pet there. Portions will help you a lot.

How do I leave Pirates?

Russian version of ArcheAge doesn’t allow to leave the faction of Pirates once you entered it. But they say that American and European versions allow this. You need to reduce your infamy to 0 and this will allow you to leave. This will take a lot of time and it’s easier to create new character. But this information is unconfirmed.

As you see being a Pirate in ArcheAge is an interesting challenge. If you like to rob other players in the sea this faction is definitely for you. But keep in mind that there are many restrictions and not every player will like it.