Every player starts the game from creating his character. It’s very important and time consuming process. Your character will represent you in the world of ArcheAge and you will have to look at him for many hours during the whole game. That’s why it’s important to create a model you like.

The first thing you need to decide is the server. There are different servers and all your characters are bounded to a specific server. Note that different servers can locate in different parts of the world. We also recommend to pay attention to the overall loading of the server. Of course it’s great to play on a server with very high population but you may experience some lags and queries there.

After the server is chosen you need to make a decision about future race and faction. Note: races are bounded to the factions. So the racial choice matters a lot in the beginning. Later on you can join pirates’ faction if you wish and there will be all races there. But in the beginning you have to choose starting faction. 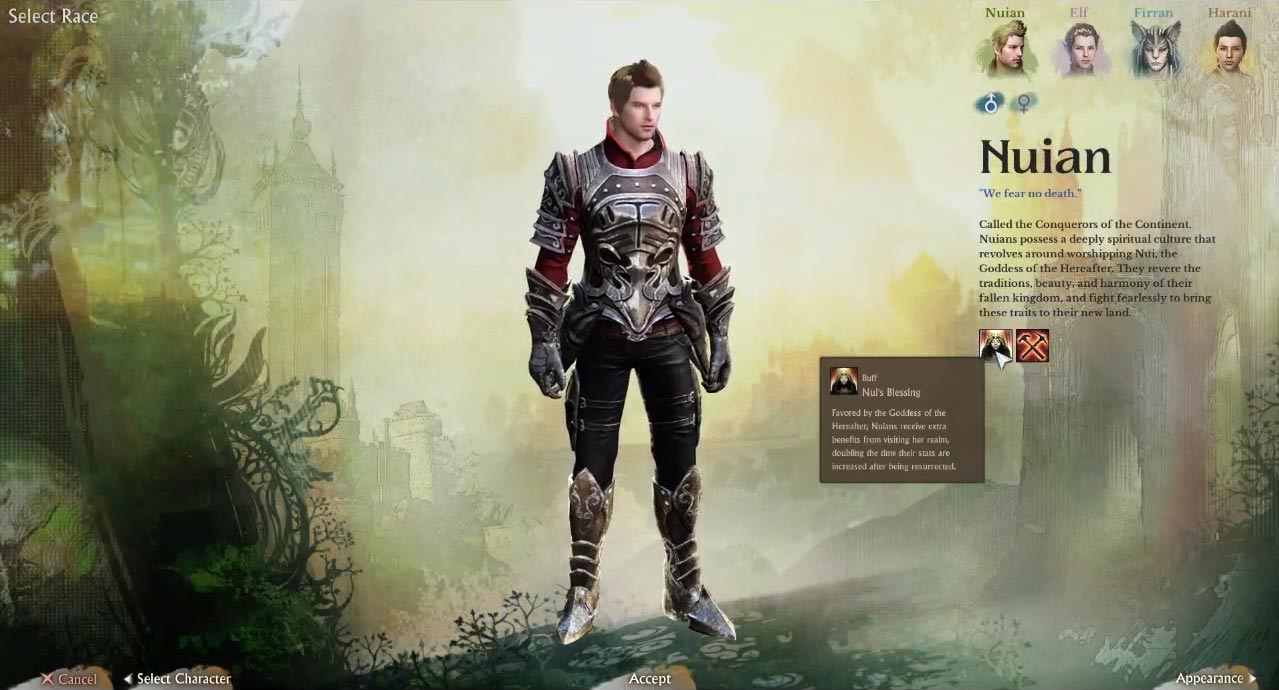 All races have different appearance. We recommend to test every race and make decision.

NOTE: racial choice affects not only your faction. Each race has special racial bonuses. The bonuses are unique but not very important in general. They don’t affect combat strength and most of them help in crafting, exploration and so on. If you pay attention to such details you need to get familiar with bonuses of each race. The list of racial bonuses can be found below the description of the race.

And of course it’s possible to change gender. Each race has male and female models. Gender switcher can be found below the racial menu.

After the race is selected you can customize the appearance of the character. It’s possible to customize almost everything: face shape and face details, hair and tattoos.

Each part of the face has detailed customization options. These options allow you to adjust the appearance in details. For example there are many different sliders that allow you to customize your eyes, nose, mouth and so on.

It’s also possible to choose from ready models that the game offers. These models are looking good and if you don’t want to waste your time for deep customization this will be a good choice for you. The game offers 9 models for immediate decision. 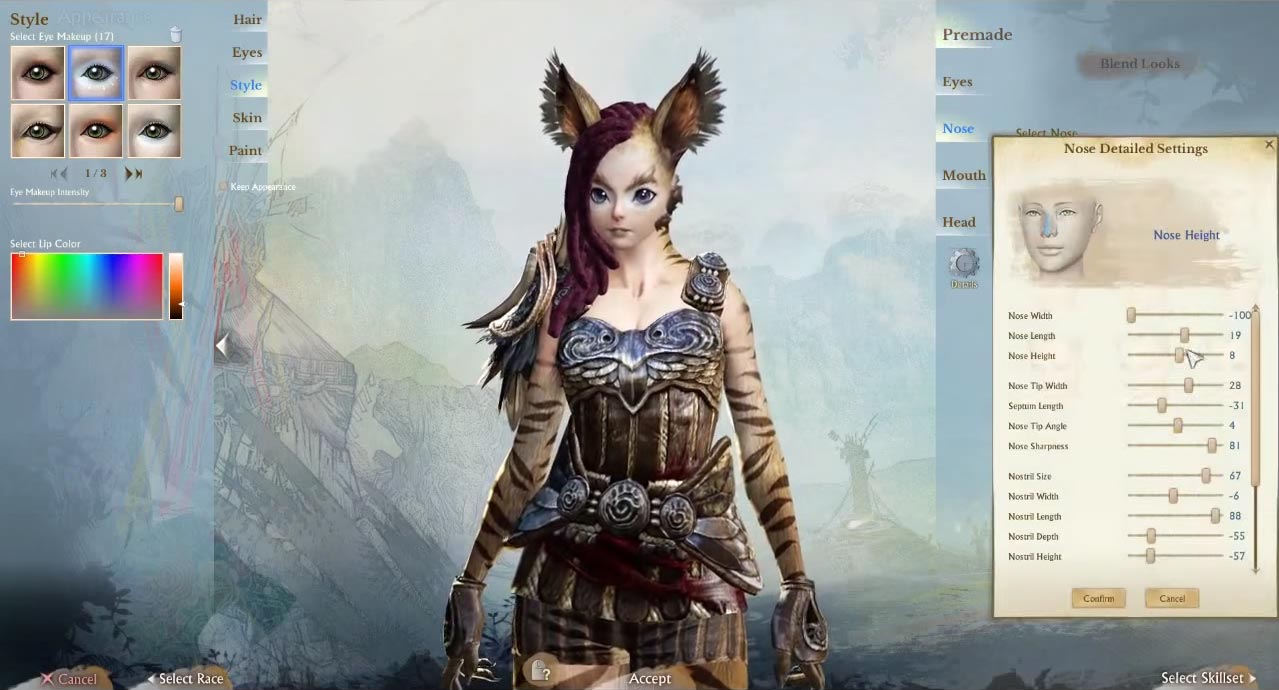 The great thing in the appearance customization is that there is an option to save temporary model and compare it to another one. There are 5 slots for temporary models, meaning you can create up to 5 different appearances and compare these variants between each other to choose the best. Such system allows to create a character you really want to have.

After you have selected the appearance you will be asked to make a decision about your class. You will be offered to choose from 6 out of 10 available classes.

In all MMO games it’s a very important choice because it determines your abilities and gameplay. But in ArcheAge your initial class choice doesn’t matters too much. It will give you the starting abilities. Later on when you level up a little bit you will be asked to choose 2 more classes. It’s also possible to respec any time. So don’t worry too much about your initial choice. You may start playing as a warrior and then respec into mage.

If you know your future role you will have no difficulties choosing class.

The last step in creating your character is name selection. There are no special rules about names. Just make sure it doesn’t contain offensive words or your account / character may be banned.

ArcheAge has great customization system. If you don’t want to spend you can create character very fast but if you want to make deep customization of almost every part you are free to do it. The game has all required tools and sliders for this. It’s possible to create unique and very attractive model.